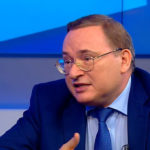 Sergey Bodrunov,
President of the VEO of Russia, President of the International Union of Economists, director of the Institute of the New Industrial Development, expert of the Russian Academy of Sciences, professor

At the end of the year, as usual, we, economists, like everybody else in the country, sum things up. This time it was a joint meeting — the Abalkin Readings and a meeting of the Economics Section of the Russian Academy of Sciences. At the beginning of the conversation, Academician of the Russian Academy of Sciences Viktor Ivanter urged the speakers not to waste their time on bashing the government. I see a great wisdom in this suggestion: firstly, it is rather difficult to find a common language with people whom you criticize. Secondly, it is impossible to criticize each other, while adhering to completely different views and, philosophically speaking, cognition systems.

We have heard certain statements here, for example, concerning our 1% annual growth over 15-20 years. They sound correct. But still…

As regards this one-percent growth it seems to me that the president was right when he said that 1% growth is really an average percentage, but we should not calculate it mechanically. As far as this percentage is concerned, one should remember it actually has an economic background. You cannot judge today only from today’s position. It should be judged from the perspective of where we started. Now, if we recall the end of Soviet history, we certainly ended up with the Soviet economy and Soviet enterprises, many of which were quite powerful, but that economy had its own, highly coherent, structure despite the fact that at the same time the enterprises were overloaded with a variety of tasks unrelated to their real activity, and with “subsistence production”. In this respect, when the crisis struck, when the Soviet Union collapsed, when the market emerged, it was that economy that suffered the most. Firstly, it was not ready for the market, and secondly, it was way oversized. And on top of that, we faced the collapse of economic ties. And of course, throughout the 1990s we were striving to restore at least some of the coherence. And if you remember, there was another crisis at the end of the 1990s, which, one can say, almost finished off our economy. And in the early 2000s, this is what we are talking about now, our economy nearly collapsed with the majority of enterprises being half-alive, if not half-dead. This, of course, was a gigantic problem, and it was solved. Over the 2000s we were rebuilding what it was possible to rebuild. By that time, the government had accumulated debts; the situation was fraught with the loss of sovereignty and the collapse of the country. And the fact that in the 2000s, when the opportunity arose, when oil money flowed in (global oil prices were high as you might remember), we managed to pay off debts, significantly raise the standard of living of the population, save up reserves, stop the collapse of the economy, the collapse of the country – all this was very important for us, and it was a great achievement.

Do you remember what happened next? Due to the fact that our industrial product was noncompetitive – the industry could no longer produce a competitive product, it was already in such a state that it was unable to produce, say, a “normal” product that would be in demand on global markets – we doubled down on the «natural product», shifting towards the commodity sector in exports. As a result, what we got was, generally, a raw material model of the economy, and since industry was not getting sufficient money (I consider it a mistake) we ended up with a powerful de-industrialization of our economy by the end of the 2000s. It subsequently had a huge impact during the new crisis and the sanctions.

At present, industry is doing better. Over the years, despite the sanctions, despite the crisis of 2009-2010, we have managed to restore the stability of the economy, a very important achievement which few people mention. And, finally, in the past year we have already started, if I may say so, in the direction of building up our potential. If we look at the 2018 figures, we have a GDP growth, albeit small but still a growth, at 1.6-1.7%. It means that this year we managed to keep a positive balance, maintain the stability of the economy. We have a 4% inflation. Was it ever like this? Real incomes of the population started to grow, at least a little, but it’s still a growth, and it is also very important. As regards some other points related to Russia’s macroeconomic indicators, we have, for example, increased our foreign trade turnover by 20%, and it is a great leap forward. Over the course of the year, we have increased Russia’s exports by 28%, and, moreover, those exports have a significant share of high-tech products, which is extremely important. Why? We must understand that the high-tech sector is the basis of the future economy. What do we currently have in this regard? Take the defense complex. It has been repeatedly said that we’ve managed to restore it. Any proof? Let’s judge by arms exports. The fact is that arms export means export of high-tech products of the highest level. And export means that we have to compete with the world’s top high-tech companies. What are those companies? Those are mainly American or major European companies. Today, 33% of all armaments and military equipment sold globally are American, and nearly 24% are Russian. That is, every 3rd item is an American product, and every 4th is Russian! We’ve put pressure on our competitors in these markets. As regards software, for example, we have always been software importers. But last year, in the first six months, for the first time ever our software exports exceeded imports. The excess may be slight, but it is still an excess, and the corresponding figures are serious, $2.55 billion vs $2.53 billion. We understand that this trend is very important, because it indicates a change in the quality of our economy, as the president said in his long interview, which was recently published.

That’s what this «average» one percent is, upon closer inspection. For us, it means a different quality of the economy. In the end, as A. Suvorov said, one wins not with numbers, but with skill. We need to build a «skillful», high-tech, knowledge-intensive economy – and we seem to have started on this path in the past year. 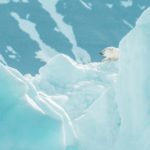 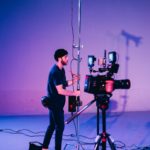 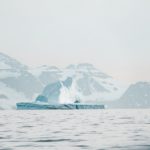 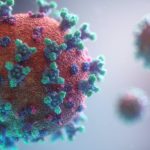 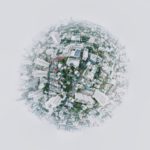